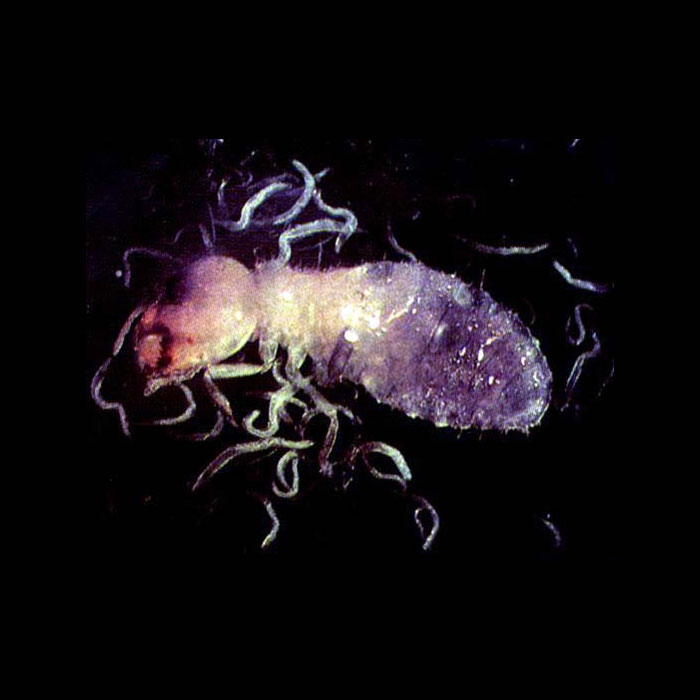 It is used for biological control of:

The larvae of the large pine weevil (Hylobius abietis);

Steinernema carpocapsae is an entomopathogenic nematode from the family Steinernematidae (Phylum Nematoda, Class Secernentea). The 3d larval instar is known as an infective juvenile, it doesn’t feed on. S. carpocapsae are associated with the bacterium Xenorhabdus nematophila, which is input into insects. As a matter of fact, the bacterium is an agent that kills insects by producing toxins. The insect dies within 48 hours after the nematode penetrates. The bacteria digest the insect’s body into components that nematode can use as food. When this happens, the 4th larval stage develops inside the dead insect.

The 4th larval instar develops into males and females, which reproduce sexually. After that males die.

The female lays eggs inside the insect if there is enough food. Otherwise, the 1st and 2d larval instars develop inside the mature female – nematode.

The 3d larval stageis the only one that can survive outside the host, as the larva doesn’t feed, but uses internal reserves. The infective juvenile can leave the dead host and move on to the next one. But if there is sufficient food, several generations can develop in the dead host.
Nematodes are safe for humans, mammals, birds, and the environment.

Nematodes are used in the morning or evening when the soil temperature is above 12 ℃ and the maximum soil temperature should be no more than 26 ℃. Since the larvae feed on the plant roots, serious harm can be done before realizing that there is a problem. You should look for signs of adult insect such as cutting through leaves. If there are mature insects, their eggs will soon hatch. Keep in mind that one treatment can’t kill the insect population, that has developed over several years.

How does the entomopathogenic nematode work?

After application, the nematodes actively seek out their victims and penetrate them, suck out their content, secreting specific bacteria from their digestive tract. These bacteria convert host tissue into food that is easily digested by nematodes. The larvae die within a few days (48-72 hours). Provide maximum control in 2-4 weeks.

Steinernema carpocapsae is available as 50 mln. or 250 mln. individuals in sealed trays.

ATTENTION! This information is indicative. We will give individual recommendations if you indicate your climatic conditions, type of crop, and infestation level. To use the correct biological protection methods, please contact the specialist of Bio Protection Company.

Compatibility of chemicals with S.carpocopsae

Don’t leave the nematode mixture with water for more than 2 hours, as this can lead to their death. Beneficial nematodes should be used as soon as possible after receipt. Since they are living organisms, it is best to keep them unopened for no more than 2 weeks in the refrigerator. DO NOT FREEZE.

Non-compliance with rules may affect the quality of their work. 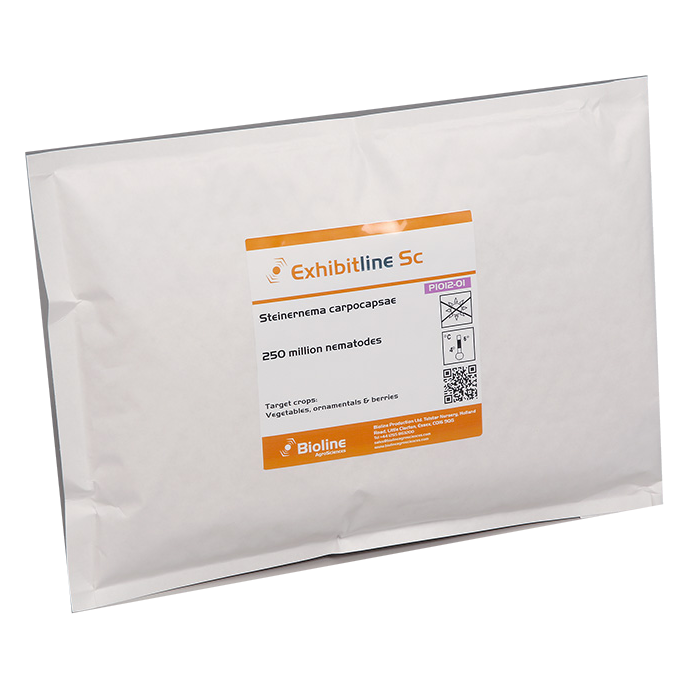